In chemistry and manufacturing, electrolysis is a technique that uses a direct electric current (DC) to drive an otherwise non-spontaneous chemical reaction. Electrolysis is commercially important as a stage in the separation of elements from naturally occurring sources. Electrolysis of sodium chloride (NaCl) and water (H2O) can be used to generate hypochlorous acid. Electrolysis technology was first explained by Michael Farraday when he developed the Laws of Electrolysis in the 1830s. Conducting electrical current across two electrodes in a salt brine solution may produce chlorine gas, sodium hypochlorite (bleach or NaOCl), hypochlorous acid, sodium hydroxide, hydrogen gas, ozone, and traces of other nascent oxidants.

The key process of electrolysis is the interchange of atoms and ions by the removal or addition of electrons from the external circuit. An electrical potential is applied across a pair of electrodes immersed in the electrolyte. Each electrode attracts ions that are of the opposite charge. Positively charged ions (cations) move towards the electron-providing (negative) cathode. Negatively charged ions (anions) move towards the electron-extracting (positive) anode. In chemistry, the loss of electrons is called oxidation, while electron gain is called reduction.

For example, the first step in making hypochlorous acid is the electrolysis of a salt water brine to produce hydrogen and chlorine, the products are gaseous. These gaseous products bubble from the electrolyte and are collected. 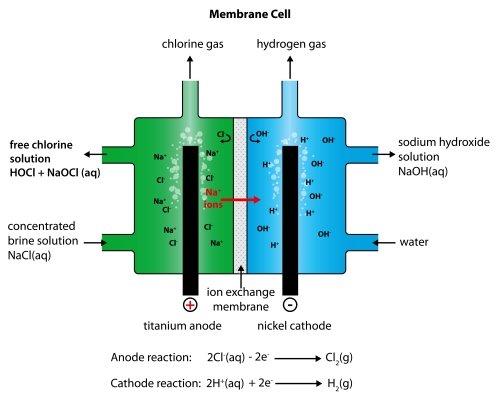 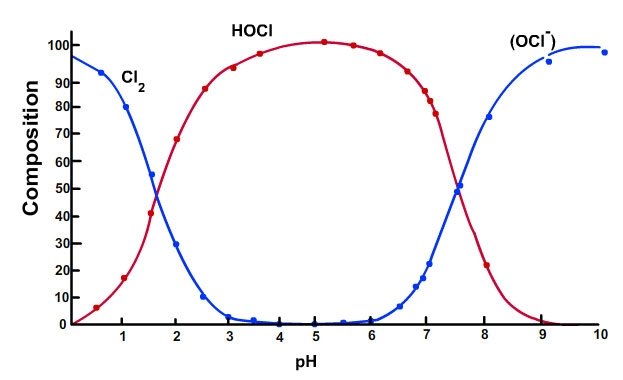 Hypochlorous acid is a weak acid (pKa of about 7.5), meaning it dissociates slightly into hydrogen and hypochlorite ions as noted in equation: : HOCl ⇌ H+ + OCl-

Between a pH of 6.5 and 8.5 this dissociation is incomplete and both HOCl and OCl- species are present to some extent. Below a pH of 6.5, no dissociation of HOCl occurs, while above a pH of 8.5, complete dissociation to OCl- occurs.

Chlorine is an extremely effective disinfectant for inactivating bacteria. A study conducted during the 1940s investigated the inactivation levels as a function of time for E. coli, Pseudomonas aeruginosa, Salmonella typhi, and Shigella dysenteriae  (Butterfield et al., 1943). Study results indicated that HOCl is more effective than OCl- for inactivation of these bacteria. These results have been confirmed by several researchers that concluded that HOCl is 70 to 80 times more effective than OCl- for inactivating bacteria  (Culp/Wesner/Culp, 1986). Since 1986, there have been hundreds of publications confirming the superiority of HOCl over OCl- (visit research database ).

This biggest challenge has been to create hypochlorous acid at a near neutral pH instead of chlorine gas or hypochlorite, and to do so in a stable form. Hypochlorous acid is a meta-stable molecule. It wants to revert back to salt water or convert to hypochlorite.

One of the greatest advancements has been the development of single cell technology where a single stream of free chlorine is generated without a byproduct of sodium hydroxide (NaOH). This technology has led to the development of more stable solutions of hypochlorous acid and has allowed for greater control over the pH of the free chlorine generated. Since water pH is different depending on its source throughout the world, altering the pH of the brine allows for greater control and consistency in generating a free chlorine solution between pH 5 and 7 that is dominated by hypochlorous acid (HOCl). 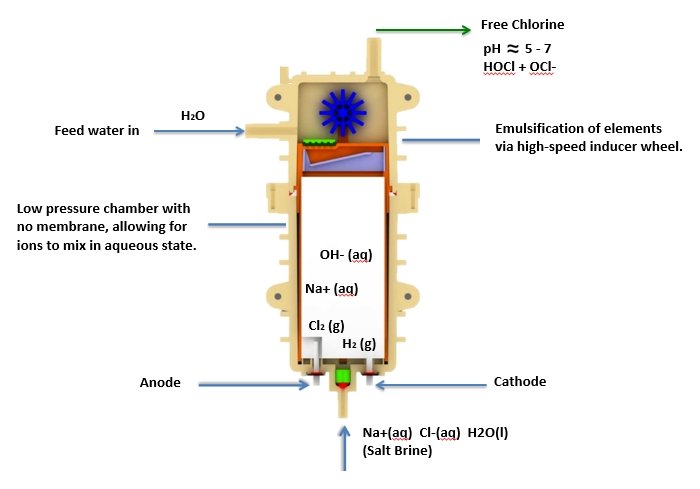 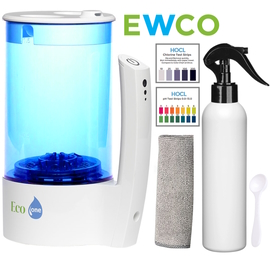 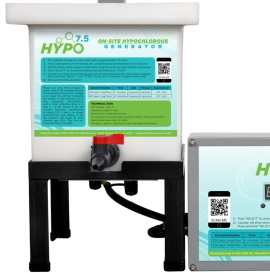 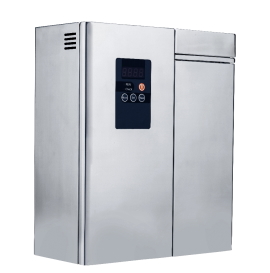