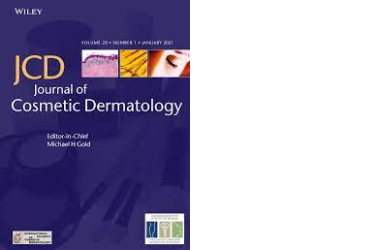 Hypochlorous acid (HOCl), a naturally occurring molecule produced by the immune system, is highly active against bacterial, viral, and fungal microorganisms. Moreover, HOCl is active against biofilm and increases oxygenation of the wound site to improve healing. Natural HOCl is unstable through technology, it can be stabilized into an effective topical antiseptic agent. This paper focuses on the of topical stabilized HOCl in wound and scar management for pre, peri, and postproceduresincluding its ability to reduce the occurrence hypertrophic scars and keloids. The role of the product in other skin conditions is beyond the scope of this article. A panel comprising clinicians with experience in cosmetic and surgical procedures met late 2018 to discuss literature search results and their own current clinical experience regarding topical stabilized HOCl. The panel of key opinion leaders in dermatology and plastic surgery defined key insights and consensus statements on the direction of for the product. Topical stabilized HOCl provides an optimal wound healing environment and, when combined with silicone, may be ideal for reducing scarring. Additionally, in contrast to chlorhexidine, HOCl, used as an antiseptic skin preparation, raises no concerns of ocular or ototoxicity. For wound care and scar management, topical stabilized HOCl conveys powerful microbicidal and antibiofilm properties, in addition to potency as a topical wound healing agent. It may offer physicians an alternative to other less desirable wound care measures. 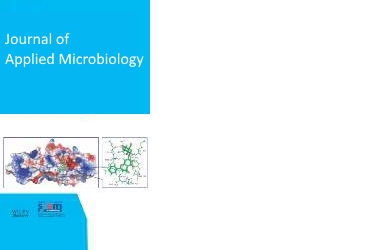 Wound infections involving Candida albicans can be challenging to treat becaof the fungus ability to penetrate wound tissue and form biofilms. The goal of this study was to assess the activity of a hypochlorous acid (HOCl)generating electrochemical scaffold (escaffold) against C. albicans biofilms in vitro and on porcine dermal explants (ex vivo). C. albicans biofilms were grown either on acrylicbottom sixwell plates (in vitro) or on skin tissue excised from porcine ears (ex vivo), and the polarized escaffold was used to generate a continuous supply of low concentration HOCl near biofilm surfaces. C. albicans biofilms grown in vitro were reduced to undetectable amounts within 24 h of escaffold exposure, unlike control biofilms (528 0034 log10 (CFU cm2) P < 00001). C. albicans biofilms grown on porcine dermal explants were also reduced to undetectable amounts in 24 h, unlike control explant biofilms (429 0057 log10 (CFU cm2) P < 00001). There was a decrease in the number of viable mammalian cells (356 64) in uninfected porcine dermal explants exposed to continuous HOClgenerating escaffolds for 24 h compared to explants exposed to nonpolarized escaffolds (not generating HOCl) (P < 005). Our HOClgenerating escaffold is a potential antifungalfree strategy to treat C. albicans biofilms in chronic wounds. Wound infections caused by C. albicans are difficult to treat due to presence of biofilms in wound beds. Our HOCl producing escaffold provides a promising novel approach to treat wound infections caused by C. albicans. 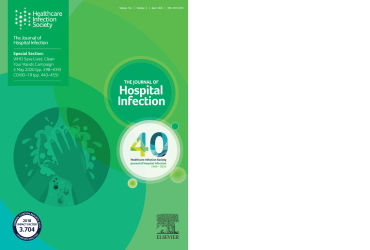 Antimicrobial efficacy of a very stable hypochlorous acid formula compared with other antiseptics used in treating wounds: in-vitro study on micro-organisms with or without biofilm

Many antiseptics have been used to treat wounds. To compare the microbicidal efficacy of ClHO (Clortech) with other antiseptics used on wounds, healthy skin and mucous membranes. The microbicidal efficacy of 13 antiseptic products on eight micro-organisms (three Gram-positive three Gram-negative two yeasts) inoculated on organic germ-carriers was studied. In addition, the loss of efficacy against Staphylococcus aureus and Pseudomonas aeruginosa with biofilm was assessed with the six best-performing products. Chlorhexidine (1) had the highest microbicidal effect at 1 min. At 5 min, 500 and 1500 mg/L ClHO showed similar, or better, activity than the other antiseptics studied. The ClHO concentration of 300 mg/L achieved this same efficacy at 10 min. The product that lost the most efficacy due to biofilm was 1 chlorhexidine, while 1 PVP-I and ClHO at either 300 or 500 mg/L were moderately affected by biofilm. The most effective in the presence of biofilm was ClHO at 1500 mg/L. ClHO at mediumlow concentrations (300 or 500 mg/L) is a good antiseptic that can be used on wounds and mucous membranes for 510 min. Lower concentrations of ClHO, as well as of the other antiseptics studied, were less effective or more altered by the biofilm. ClHO at a concentration of 1500 mg/L is very effective in the presence or absence of biofilm that can be used on healthy skin for 5 min. 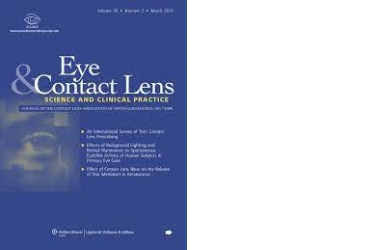 The purpose of this study was to determine whether a commercial formulation of hypochlorous acid hygiene solution (0.01), Avenova, can destroy existing biofilms formed by ocular clinical bacterial isolates, including blepharitis isolates of Staphylococcus aureus and coagulase-negative staphylococci (CNS), and a keratitis isolate of Pseudomonas aeruginosa. Biofilms grown in bacterial growth media on disposable contact lens cases were challenged with hypochlorous acid hygiene solution. At various time points, surviving bacteria were quantified by serial dilution and colony counts. S. aureus biofilms formed on glass were challenged using a hypochlorous acid hygiene solution, and imaged using vital staining and confocal laser scanning microscopy. Bactericidal activity (3 Log10 99.9) was observed for all tested bacterial species after a 30-minute exposure. S. aureus biofilms had a bactericidal level of killing by 10 minutes (p<0.01), S. capitis by 5 minutes (p<0.001), S. epidermidis by 30 minutes (p<0.001), and P. aeruginosa by 10 minutes (p<0.01). Confocal microscopy and crystal violet staining analysis of bacterial biofilms treated with hypochlorous acid solution both demonstrated that biofilm bacteria were readily killed, but biofilm structure was largely maintained. Hypochlorous acid (0.01) hygiene solution was able to achieve bactericidal levels of killing of bacteria in biofilms, but did not disrupt biofilm structures. Susceptibility of tested staphylococcal blepharitis isolates varied by species, with S. capitis being the most susceptible and S. epidermidis being the least susceptible. 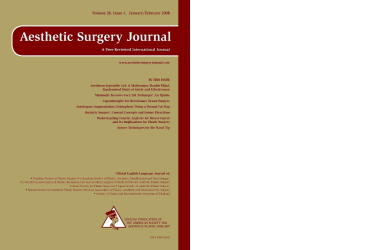 Hypochlorous acid (HOCl) demonstrates rapid and broad antimicrobial activity against planktonic and biofilm phenotype bacteria in vitro. To identify the protein content present in breast pockets in vivo and calculate the estimated active concentration of HOCl, (PhaseOne, Integrated Healing Technologies, Franklin, TN) following HOCl-protein interactions. Fluid samples were collected prior to implant insertion in 18 consecutive patients, representing 36 pocket samples, with all cases being bilateral primary breast augmentations. Samples were evaluated by an independent CLIA approved laboratory for albumin and total protein concentration in g/dL. Results were compared to HOCl solution concentration and protein binding potential to determine availability of free HOCl. The mean tissue sample concentration (right and left breast) was 31.6 mg/dL which translates to 0.0001 mmol per 20 cc of interstitial fluid. Mean total protein levels (right and left breast) were 62.3 mg/dL or 0.000187 mmol per 20 cc interstitial fluid. Based upon potential stoichiometric neutralization of HOCl by proteins in either a 1:1 or 3:1 ratio, using 115 cc of HOCl solution (per breast) at a concentration of 250 ppm/mL or 0.025 HOCl or 0.48 mmol HOCl/dL, there would be 2950 times the amount of active HOCl at a 1:1 reaction ratio, or 983 times more HOCl assuming a 3:1 reaction ratio. Based on the range of identified levels of protein in individual surgical pockets in the study, there is an estimated 242 to 12,500 times more HOCl molecules than protein at a 3:1 molar ratio of binding or reactive protein. An estimated range of 983-2950 times more HOCl molecules are present during irrigation with 230 cc of PhaseOne (115 cc for each breast) than available protein. This supports the antimicrobial and anti-biofilm activity as described in previous in vitro studies when using PhaseOne as part of pocket irrigation. 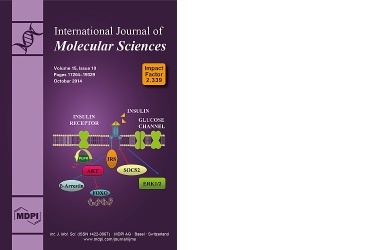 Chemotherapeutic agents have been used as an adjunct to mechanical debridement for peri-implantitis treatment. The present in vitro study evaluated and compared the effectiveness of hypochlorous acid (HOCl), sodium hypochlorite (NaOCl), and chlorhexidine (CHX) at eliminating Gram-negative (E. coli and P. gingivalis) and Gram-positive (E. faecalis and S. sanguinis) bacteria. The effect of irrigating volume and exposure time on the antimicrobial efficacy of HOCl was evaluated, and a durability analysis was completed. Live/dead staining, morphology observation, alamarBlue assay, and lipopolysacLPS) detection were examined on grit-blasted and biofilm-contaminated titanium alloy discs after treatment with the three chemotherapeutic agents. The results indicated that HOCl exhibited better antibacterial efficacy with increasing irrigating volumes. HOCl achieved greater antibacterial efficacy as treatment time was increased. A decrease in antimicrobial effectiveness was observed when HOCl was unsealed and left in contact with the air. All the irrigants showed antibacterial activity and killed the majority of bacteria on the titanium alloy surfaces of biofilm-contaminated implants. Moreover, HOCl significantly lowered the LPS concentration of P. gingivalis when compared with NaOCl and CHX. Thus, a HOCl antiseptic may be effective for cleaning biofilm-contaminated implant surfaces. 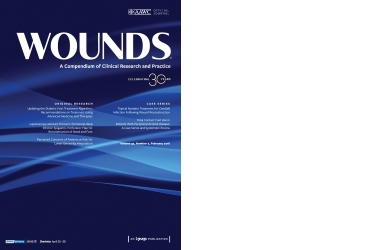 OBJECTIVE: Biofilms represent a key challenge in the treatment of chronic wounds, as they are among the main reasons for delays in chronic wound healing. This in vitro study was aimed at evaluating the activity of a new acid-oxidizing solution (AOS) on biofilm formation. Acid-oxidizing solution contains free chlorine species with stabilized hypochlorous acid in high concentration (> 95) and is RP2). Different approaches were used to assess the prevention and eradication of methicillin-resistant Staphyloccocus aureus biofilm by the study products. Xylitol and chlorhexidine were used as positive controls. The activity of the study products on the biofilm structure was evaluated analyzing the ultrastructural modification by scanning electron microscopy, while skin compatibility was assessed on noncolonized tissues measuring the metabolic activity of the cells. RESULTS: In all experiments, AOS showed to be active on the biofilm matrix, modifying its structure and allowing bacterial release from the matrix. In all experiments, no cytotoxicity was observed in the tissues treated with the product suggesting a good compatibility of AOS with skin tissues. Reference product 1 affected the biofilm, suggesting a disruption effect RP2 was slightly less active than AOS in modifying the biofilm structure. CONCLUSION: Treatment with AOS affects biofilm by modifying its structure and therefore facilitating local bacteria accessibility to bactericidal agents, with consequent potential clinical benefits in the treatment of chronic wounds. 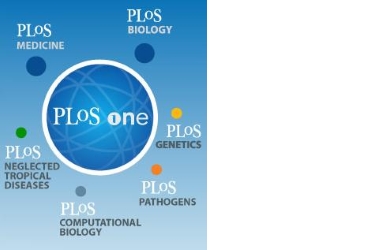 The purpose of this study was to investigate the mechanism by which a direct electrical current reduced the viability of Staphylococcus epidermidis biofilms in conjunction with ciprofloxacin at physiologic saline conditions meant to approximate those in an infected artificial joint. Biofilms grown in CDC biofilm reactors were exposed to current for 24 hours in 1/10th strength tryptic soy broth containing 9 g/L total NaCl. Dose-dependent log reductions up to 6.7 log10 CFU/cm2 were observed with the application of direct current at all four levels (0.7 to 1.8 mA/cm2) both in the presence and absence of ciprofloxacin. There were no significant differences in log reductions for wells with ciprofloxacin compared to those without at the same current levels. When current exposures were repeated without biofilm or organics in the medium, significant generation of free chlorine was measured. Free chlorine doses equivalent to the 24 hour endpoint concentration for each current level were shown to mimic killing achieved by current application. Current exposure (1.8 mA/cm2) in medium lacking chloride and amended with sulfate, nitrate, or phosphate as alternative electrolytes produced diminished kills of 3, 2, and 0 log reduction, respectively. Direct current also killed Pseudomonas aeruginosa biofilms when NaCl was present. Together these results indicate that electrolysis reactions generating hypochlorous acid from chloride are likely a main contributor to the efficacy of direct current application. A physiologically relevant NaCl concentration is thus a critical parameter in experimental design if direct current is to be investigated for in vivo medical applications. 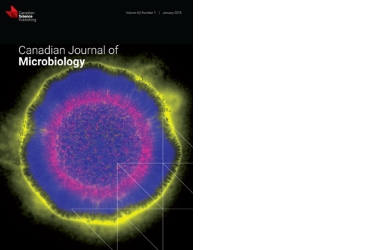 Staphylococcus aureus is a major pathogen. It can form biofilm on the surfaces of medical devices and food equipment, which makes it more difficult to eradicate. To develop a novel method to eradicate S. aureus biofilm, the effects of electrolyzed water on removing and killing S. aureus biofilm were investigated in this study. By using a biofilm biomass assay with safranin staining and visualization of biofilm architecture with scanning electron microscopy, it was shown that basic electrolyzed water (BEW) could effectively remove established biofilm. The pH of electrolyzed water affected removal efficacy. Using a biofilm viability assay with 3-(4,5-dimethylthiazol-2-yl)-2,5-diphenyltetrazolium bromide staining, acidic electrolyzed water (AEW) efficiently killed biofilm-imbedded S. aureus. The available chlorine in AEW may be a main contributing factor for bactericidal activity. Additionally, BEW had a removal efficacy for S. aureus biofilm equivalent to 2% NaOH, and AEW had a bactericidal capability for S. aureus in biofilm equivalent to 2% HCl. These data suggested that AEW and BEW could be applied as a bactericide and removing agent for S. aureus in biofilm, respectively.